Within the public discourse in Israel, the words “peace” and “security” seem to be contradictory, with “peace” belonging to the left and “security” to the right; “peace” is something that women talk about and “security” is something that men talk about. Despite the fact that UN resolution 1325, which promotes the inclusion of women in peace making processes  and conflict resolution,  was passed in 2000 and that it was adopted by Israel in 2005 as part of the Women’s Equal Rights Law, women have not been included in political processes and in fact, there have hardly been any such processes.

With this in the background, a unique caucus was launched yesterday at the Knesset: The Women’s Caucus for Peace and Security, under the leadership of Knesset members Ksenia Svetlova from the Zionist Camp and Michal Rozin from Meretz. The establishment of this caucus is one of the impressive achievements of Women Wage Peace, a grassroots movement in which I have been active during the past few months. 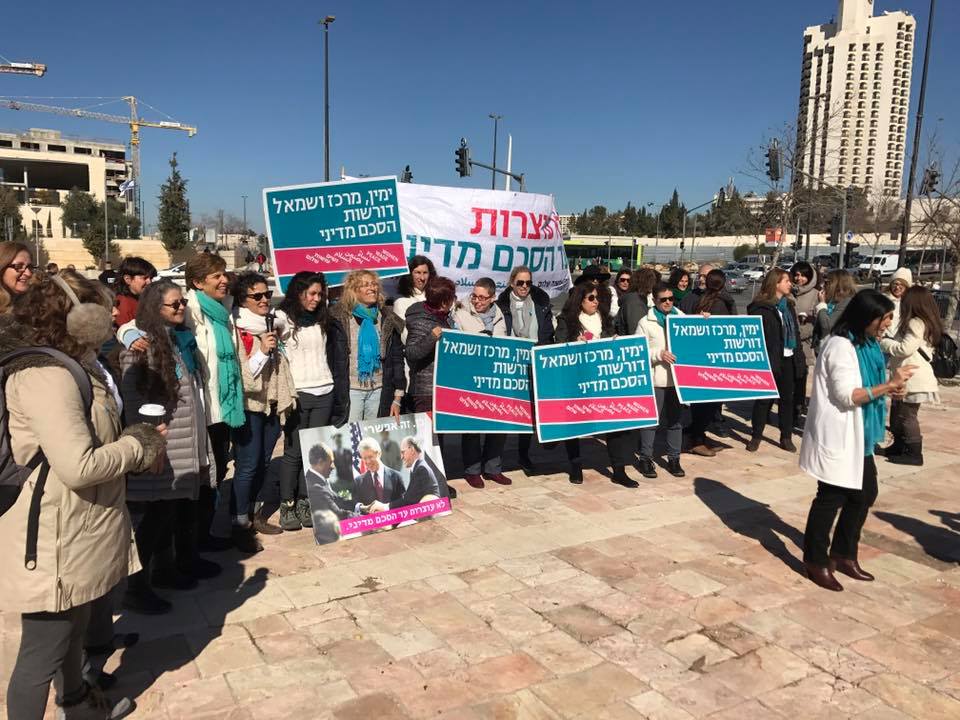 The movement was established after Operation Protective Edge and ever since its members have been promoting support for a political agreement within the general public and have been encouraging our elected officials to lead us towards a mutually binding agreement. Hundreds of members of the movement came to the Knesset to participate in this exceptionally moving inauguration event; the small room was packed! (We were told that the Knesset is not used to having such an impressive attendance at events like this). Members of the movement came from all over the country: from the North, South and center of the Israel, from big cities and from small towns. The women who participated reflected the diversity in the movement: rightwing and leftwing, Jews and Arabs, religious and secular, Ashkenazi and Sephardi. All of us are aware of the diversity, but understand that beyond these differences there is something very deep that we share: hope for peace and knowing that peace is possible.

The speakers at this event – Knesset members, representatives of Women Wage Peace, professors, public figures – spoke about the relationship between peace and security, about the importance of hearing women’s voices on security issues and about broadening the concept of security so that it includes personal and social security, not just military security. They spoke about Women Wage Peace bringing the words “peace” and “hope” back into the public discourse and empowering the Knesset members to promote a political agreement.

It is difficult to describe in words how moving this event was for all those present.  There was no doubt to any of the people in the room that “peace” and “security” are not contradictory; they belong to everyone: right, left, women and men.

It is rare to be able to be part of history while it is happening. Yesterday was one of those rare moments for me.